In Short, What is Chlorella?

In fact, if we go back into its origin, Chlorella, as a microscopic (of 2 to 10 µm diameter) single celled green micro alga, has existed one earth for over 2.5 billion years and was among the first forms of life on this planet.

Yet, it is amazing to think that it has survived in the same form since the pre-Cambrian period, way before the dinosaurs era, through endless planetarium and atmospheric shifts, dramatic transformations, creations and extinctions of thousands of different species and forms of life, “taking it all” through the myriad of times!

Is it a plant, seaweed, an alga, a superfood, a dietary supplement?

Well, yes, in a nutshell it is all of them (except it is not a seaweed but a fresh water alga); yet it wouldn’t give justice to Chlorella to confine it to just those simple terms, even if we added that it is “an extra-ordinary health plant, probably the most powerful alga, a “green-hulk” superfood, and a perfect dietary supplement for our challenging times!”

Indeed, discovering and experiencing what Chlorella truly is might pay off big time down the road, as it may be extremely valuable for YOUR health! 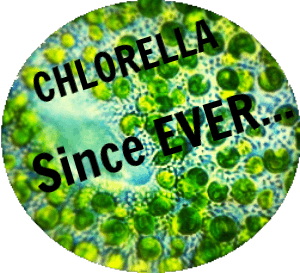 What is Chlorella’s Most Notable Feature?

Chlorella contains a host of MANY amazing features, but as we’ve mentioned what Chlorella stands out for is its amazing resistance and survival capacity.

How can it be SO resistant? This micro alga owes its extraordinary survival to two highly unusual features: its tough unique cell wall that protects its content “fearlessly”, and its capacity of reproduction on “steroids”, allowing it to be the only plant that can multiply four times within 24 hours, through photosynthesis.

And how “tough” is Chlorella? Well, for about the first billion years of the earth’s existence, deadly gases such as ammonia, methane and carbon dioxide made its atmosphere heavy.

And from the onset of the evolution of Earth, “primitive” green plants, such as Chlorella had the role to filter out these deadly elements, and to participate to change the Earth’s environment to one capable of supporting flora (plants) and fauna (animals).

So the fact that Chlorella is a plant that carries a DNA that holds the sparks of the planet’s origin is indeed quite fascinating in itself, don’t you think? 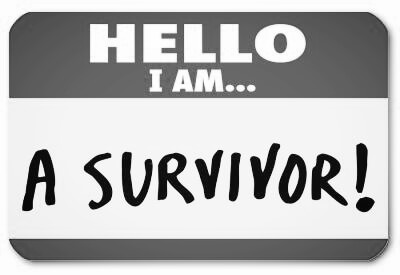 One of the explanations of why Chlorella is so resilient is because its core cell is complete. As a matter of fact, it is staggering to realize that Chlorella was the first cell form to contain a true nucleus within its nuclear envelope.

Its cell wall is like a super fortress that contributes to make Chlorella incredibly resistant to all changes of environmental conditions, and to any attacks by other organisms. In fact, it seems to have been invincible up until now!

Did you know that the green alga Chlorella is the plant that contains the highest known source of chlorophyll, and did you know that 70 percent to 80 percent of ALL the oxygen we breathe on Earth comes from algae?

In fact, Chlorella means green from “chlor” and small from “ella”. However, don’t get fooled, this “small green” alga is in fact the Queen of super foods, loaded with health benefits and medicinal qualities…

Thanks to a Dutch biologist, Beyerinck, this edible medicinal micro alga was first discovered in the late 1800’s. From then, studies to find what Chlorella is and how it can help human kind have been extensive.

Indeed, for over 70 years Chlorella has fascinated multiple researchers from all over the world, and has inspired thousands of scientific articles from universities, medical institutions and scientists who have published about Chlorella’s nutritional and medicinal virtues; Chlorella has also received numerous certifications such as FDA’s, ISO 9002, FGMP’s and CASJAS’.

In short, no other alga has generated as much scientific and medical interest as Chlorella!

Aside from being the subject of much medical research in the USA, Japan, USSR, Germany, France, England and Israel, this green alga with medicinal qualities has been the subject of research from some of the most authoritative institutions such as the Rockefeller Foundation, the Carnegie Institute, the Pasteur Institute and NASA. 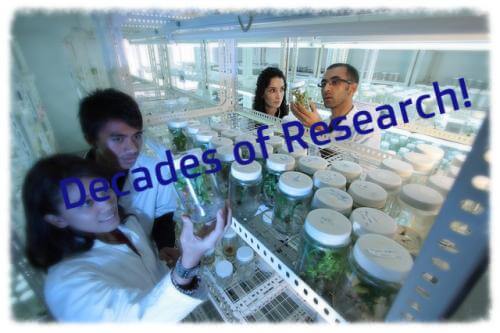 As a matter of fact, for the use of astronauts traveling into space, researchers from NASA have investigated the fact that Chlorella is so complete that one could survive with it for long periods of time, validating the amazing survival qualities of this green superfood.

And because Chlorella has been found to contain over 50% protein, German scientists during World Wars I and II studied it very closely as a possible way to alleviate food shortages.

The scientists’ interest resided essentially in the discovery that what Chlorella is, apart from containing high protein and chlorophyll content, is also nutritionally an astonishing range of nutrients such as multi vitamins, amino acids, minerals, nucleic acids, CGF, enzymes, dietary fiber and other nutrients essential to an optimal nutrition.

For example, during the postwar food shortage in Japan, the Japanese government sponsored Dr. Tamiya to harvest and develop Chlorella commercially and to make one of the finest whole foods in the world.

Then during the 1950’s, The Carnegie Institute in Washington took up the study where the German scientists had left off and found a way to grow Chlorella commercially. They thought that this wonder food could help bring a solution to the world hunger.

However, due to its tough outer cell that remained indigestible until the 1970’s, Chlorella only became available to mankind as a whole food when a patented procedure solved the digestibility problem by breaking down its cell walls.

From numerous Japanese studies, Chlorella has shown a longer life expectancy when animals are fed with the green algae- an average extension of almost two years compared to the average animal life span!

Therefore, in Japan, many medical doctors have chosen to supplement diets of hospitalized patients with Chlorella for its wealth of nutritional and health benefits and to speed up their recovery.

As a matter of fact, Chlorella, referred to more as a nutraceutical food rather than as a nutritional & health food supplement, is more demanded in Japan than vitamin C.

For many decades now, millions of Japanese understand and love what Chlorella is, and have elected it as one of their most popular health foods that they incorporate lavishly in breads, noodles, skin creams and more… And from the growing concerns of industrial and environmental pollution, and the real dangers of radiation the Japanese are facing, Chlorella is more popular there than ever.

Unlike Japan or the rest of the Orient, where algae have been used for centuries, despite over half-century of research, the popularity of this wonder food in the West is still fairly recent and yet remain to be much more widely experienced for its astounding healing, nutritional, detoxification, anti-inflammatory and nutritive properties.

But you don’t have to be left out, you too can experience smart natural health; discover ALL the profound nutritional and health benefits Chlorella can offer, and make it become part of your household protocol!

You will find a two-billion-year old friend backed-up with decades of scientific studies and testimonials.

Feel the energy and the positive changes, and unlike other herbs or fads that have been temporary, you might elect to have an excellent quality Chlorella become a vital part of your daily health food regimen!

Are you ready to start now?